Added to wishlistRemoved from wishlist 0
Add to compare
$14.20 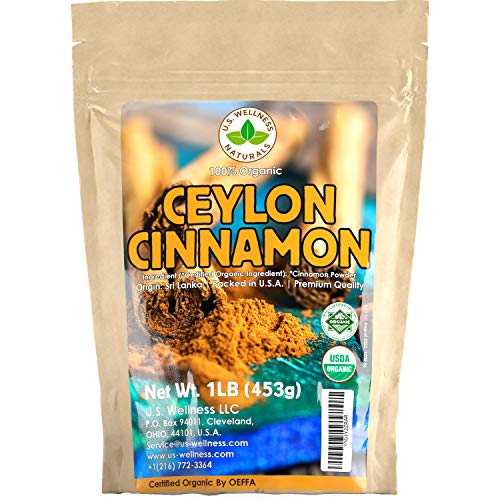 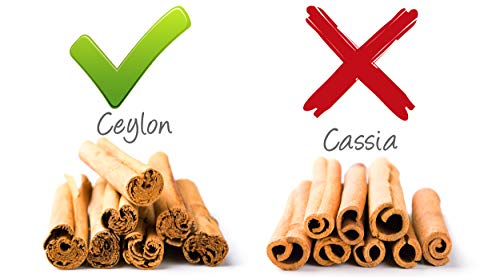 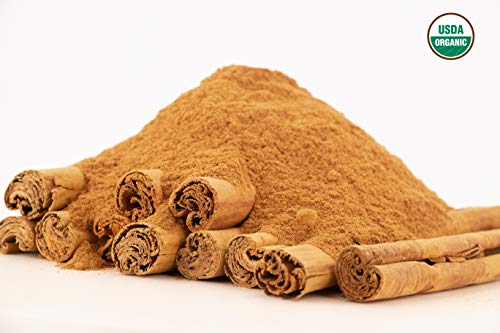 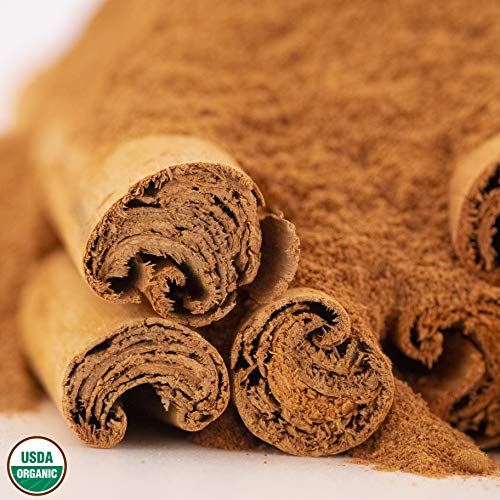 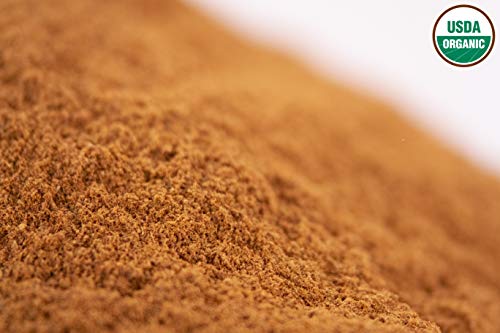 U.S Wellness Naturals Ceylon Cinnamon Powder is botanically known as Cinnamon Verum. This is ‘Real Cinnamon’. It is is renowned for its powerful medicinal properties in the world of non-traditional medicine. This is likely why it was used for centuries as a way to promote health, and has been a staple of non-Western medicine since then. It has been claimed to help with things as vast as weight loss, digestion, kidney health, and even memory improvement.

100% Certified Organic Ceylon Cinammon Powder*
Free from additives
Only inner cinnamon bark
Verified Organic by the OEFFA*
Packed safely in Cleveland by a Department of Agriculture approved facility*
Resealable BPA-free Kraft bag makes sure that your tea is fresh and secure.

The cinnamon you purchase is called the inner bark. First, the outer bark is shorn away, then the inner bark is peeled and dried. As it dries it curls up, to give that familiar cinnamon stick look, almost like a scroll being wound up. True cinnamon has a thinner inner bark layer, and curls up more compactly.

Cinnamon is a fascinating spice which has been available for decades. Its popularity and usage keep on increasing as the great taste. It is sometimes considered to be part of the fall splice blends, along with pumpkin, nutmeg, and clove, but is magnitudes more popular than any of these other spices.

We discovered that Sri Lanka makes the most healthy and benefit packed cinnamon. Ceylon Cinnamon is called True Cinnamon for a good reason. After sampling different genus of cinnamon we created relationships with Ceylon growers from Sri Lanka. They adhere to 100% organic growing methods. Our growers do not use any GMO practices or sulfur washes on the cinnamon.

Our secure chain of custody ensures that our cinnamon powder is stored and transported safely. From certified Origin growers to our own U.S.-based food-facility where we personally unload and inspect each bag before we pack your Cinnamon. Independent government agencies inspect the facility to ensure high standards are constantly upheld. We make sure everything is safe with as little contact as possible.

Only Ceylon Cinnamon is safe for daily consumption

We love cinnamon and think you deserve the best. That is why we sourced the only type of cinnamon you can consume daily. Ceylon Cinnamon has 250 times less coumarin than Cassia cinnamon in each serving. You can safely sprinkle cinnamon on your favorite foods through the day and not worry about your health. Enhance your tea, smoothie, or pastry.

HEALTHIER CINNAMON- Real cinnamon has less coumarin, which has been linked to issues with the kidney; While Chinese Cinnamon can have upwards of 8% coumarin, authentic Ceylon Cinnamon has less than .04%, meaning hundreds of times less coumarin, making it safe for daily consumption; Ceylon cinnamon offers all of the wonderful health benefits you’ve heard about cinnamon, without any of the drawbacks of high coumarin levels
REAL CINNAMON- Most cinnamon consumed in the United States is actually Cassia; When you try this cinnamon you will notice it is sweet, mellow, and totally unlike cinnamons of yore; It is commonly called Mexican Cinnamon since Mexico uses this kind almost exclusively, and it has a unique flavor profile that provides extra spice and sweetness while maintaining a mellow and agreeable overall taste; Real cinnamon is harder to harvest due to thinner bark, but is worth the extra effort, as your tasteb
CERTIFIED 100% ORGANIC- This product has been certified organic by the Department of Agriculture; This is especially important in cinnamon as many producers use methods such as sulphur washes to cleanse the bark of impurities; Committing to non-GMO, non-chemically altered cinnamon is time consuming and costly, but we think it’s worth it; This cinnamon is tracked with lot numbers for each batch, and has been followed from grow site to our hand packaging in Cleveland, OH so you can rest assured it
✅LOVE IT OR YOUR MONEY BACK – If you are not 100% satisfied with your purchase of our Ceylon Cinnamon Powder for any reason, just email us and we will issue 100% refund your order (in full), no questions asked!