Added to wishlistRemoved from wishlist 0
Add to compare
$15.96 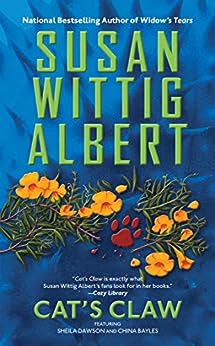 As the first female police chief in Pecan Springs, Texas, Sheila Dawson has cracked many a mystery in collaboration with local sleuth China Bayles. Now Sheila puts her smarts to work, sifting through secrets to find a killer on the prowl…

Larry Kirk, Pecan Springs’ computer guru, has been shot dead in his kitchen. At first Sheila believes it to be suicide, but further investigation reveals that Kirk’s death wasn’t self-inflicted. And the truth is reinforced by her friend China Bayles’ news—Larry recently asked her for legal advice in regards to a stalker.

As a police chief in a male-dominated force, Sheila meets many challenges, especially when her theories rock the boat in high-profile cases like that of George Timms, who was caught breaking into Larry’s shop. Now that Larry is dead, Sheila is sure the burglary is connected to the murder. But when Timms disappears instead of turning himself in, Sheila must prove she’s got what it takes to hunt down a predator who’s loose on the streets of Pecan Springs…